Sheikh Al-Amin Ali Mazrui was born in 1891 in Mombasa, Kenya. He was a poet, an author, a Muslim judge and a Muslim scholar.He studied Islam under his guardian Sh. Suleiman bin Ali bin Khamis Mazrui and many other great scholars from the region. 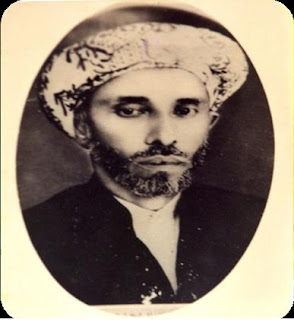 Sheikh Mazrui wrote many books on islam in Swahili and Arabic including the Swahili translation of Suratul Al-Baqara, Suratul Al-Imran and Suratul An-Nisaa. He used to write articles in the Al-Manar la Al-Azhar University Magazine, until he later on started his own magazine. He was such a great teacher and role model, that his students went out to be great contributors to Islam such as Sheikh Abdala swaleh farsi AKA Sheikh Abdullah Saleh Al-farsy and Maalim Ghazali who founded Madrasatul Ghazal now Mbaraki Girls Primary School. The sheikh was also a strong proponent of women education, which was something not much practiced during his time, and encouraged many families to educate their daughters.

The mufti passed away in 1947, his death affected many, as he was such a power force and an inspiration in the region.May Allah grant him a high place in Jannah.