It was narrated that Abu Hurairah said:
"The Messenger of Allah said: "There will come a time when there will be no one left who does not consume Riba, and whoever does not consume it, will nevertheless be affected by its residue."
(Bukhari: Book 44:7)

Unfortunately, this is the current state of affairs now. Shule za serikali haziko kwenye standard za enzi zile, its a sad fact, but ukweli ndio huo.
The interview is in English.

On a side note, cheki Dar in Black and White, ilikuwa bab kubwa.
Posted by Binti Wa Kiislamu at 8:19 AM No comments: 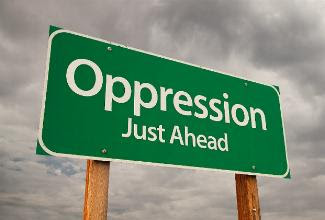 Narrated by Ibn Abbas:
The Prophet (ﷺ) sent Mu`adh to Yemen and said, "Be afraid, from the curse of the oppressed as there is no screen between his invocation and Allah."

Christian Threats force Muslim Convoy to turn back in CAR

This is Rwanda all over again. Killing machete style, lynching, mutilations, burnings, public announcements, threats to those providing safety to the hunted and last but not least, not letting people leave the town ALIVE. If you don't know what happened in Rwanda, I recommend you watch Hotel Rwanda and Sometimes in April to get an idea of how it went down and what is probably going down in the Central African Republic (CAR). It is happening all over again in a different location, except it went from being a tribal cleanse to a religious cleanse. Its sad that we are not hearing enough about this issue, why is the help slow to come? There were lessons learned from Rwanda, why are these lessons not being applied here? These guys are not operating as the government but they are definitely a force to be reckon with, why aren't there any orders for their arrest? Why are they free of worry out in the open and not underground? Soo many questions and very little action.

So this weekend as you celebrate valentine's day with your loved ones, please make Dua for the people of CAR. Allah alone knows how this will turn out, but we pray for their safety in these trying times. May Allah accept the souls of the ones that have passed, into his Janna and protect and heal the souls of the ones left behind.

Read the full article below by David Smith from the Guardian
Peacekeepers prevent crammed cars from leaving Bangui for fear of attack, and evidence emerges of village massacre. Thousands of Muslims tried to flee the capital of the Central African Republic (CAR) on Friday, only for their mass convoy of cars and trucks to be turned back as crowds of angry Christians taunted: "We're going to kill you all."
The drama unfolded as Amnesty International said it had uncovered evidence of a fresh massacre in a village where the sole surviving Muslim was an orphaned girl aged about 11, and France said it would send an extra 400 peacekeeping troops.
Some cars were crammed with as many as 10 people as the convoy made its way through Bangui, the second such attempt to escape in a week, the Associated Press reported. Christians gathered along the road to shout abuse and threats.
The convoy was turned back because African peacekeepers feared it would come under attack in some volatile parts of Bangui. The desperate procession was halted in the Miskine neighbourhood, where one vehicle tumbled into a ditch on the side of the road.
On the orders of a Burundian captain, the peacekeepers went from vehicle to vehicle instructing everyone to return to a local mosque, according to an AP journalist at the scene.
Lieutenant Rosana Nsengimana, of the African peacekeeping force known as Misca, said: "The convoy escorted by Burundian forces returned to its departure point because of a problem in a neighbourhood on the north end of the city where the Muslims would have had to pass through."
The neighbourhood in question witnessed fresh fighting on Friday with at least one person killed in a grenade attack by Christian militiamen, according to witnesses at a nearby mosque. French peacekeepers had to rescue two other severely injured people from an baying crowd that had set tyres on fire and was shouting anti-Muslim and anti-French slogans.
Muslims have increasingly been targeted by Christians who took up arms against a mostly Muslim rebel group known as the Seleka, which seized power in a coup a year ago, committing scores of atrocities along the way. The Christian militias, known as the anti-balaka, seem intent on what they perceive as vengeance.
Amnesty has warned that a campaign of ethnic cleansing is causing a Muslim exodus. On Friday Donatella Rovera, a senior crisis adviser at Amnesty, described the scene at a village in the north-west of the country.
"We saw bodies littering the streets," she said. "Several of them had been partially burned. Others had been partly eaten by dogs and other animals. One was the body of a little baby who could not have been more than seven or eight months old. We saw more than 20 bodies but we think that there were several more.
She continued: "All the houses of the Muslim population had been burned or looted and in one of the houses I found a little girl of about 11. She was the only Muslim survivor of the village: the others had either fled or been killed. She was crouching in a corner. She had been hiding there since the day of the massacre. She had not eaten or drunk anything. She was terrified and could not stand at all.
"She said that her father had been killed and her mother had been killed. She was not speaking very much. There had not been any peacekeepers there at all even though this place was a place that had already seen confrontation between anti-balaka and Seleka forces earlier."
The anti-balaka have stepped up their attacks in recent weeks, forcing tens of thousands of Muslims to flee for their lives. Most head to neighbouring Chad, which is predominantly Muslim.
There have been almost daily killings of those who could not escape, their bodies mutilated and dragged through the streets despite the presence of peacekeepers.
Muslims made up about 15% of the CAR's 4.6 million population before the present crisis. Now entire neighbourhoods of Bangui are empty. Only one mosque remains in the town of Yaloke, where previously there had been eight, according to Human Rights Watch. "The anti-balaka militias are increasingly organised and using language that suggests their intent is to eliminate Muslim residents," HRW said this week.
Medecins Sans Frontieres said 1,000 people – mostly Muslim – were in danger in the south-west town of Carnot. "Armed men have announced that they intend to track down and kill all the city's Muslims," it said. "Anyone who hides Muslims is also at risk."

Read the rest of the article here... 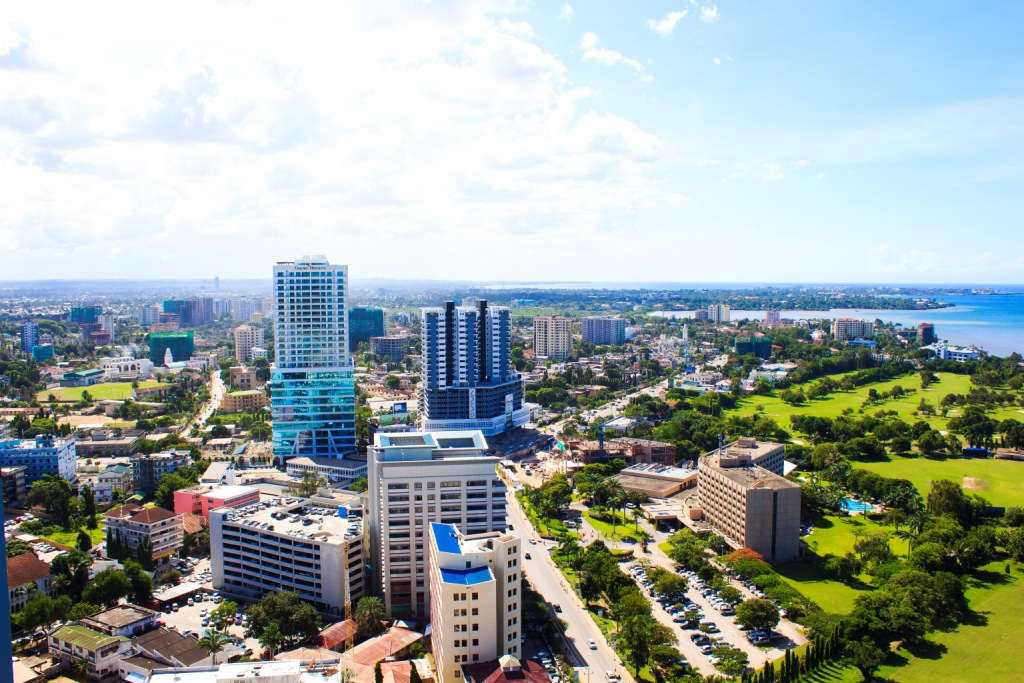 How to Pronounce Tanzania - PronounceNames.com

So many times I come across people that when talking to Expats or people who don't speak swahili, they try to pronounce Tanzania as Tann-Zaa-Nea thinking that's how its pronounced in English. Please let's make sure that we are teaching people how to pronounce it the proper way, and not translate it for them.
Again its:
T  AA n - z   uh - n   EE - uh
to car no zen up no see  up


See how we pronounce it from our National Anthem. Sang that tune on every school assembly, I can sing it in my sleep. 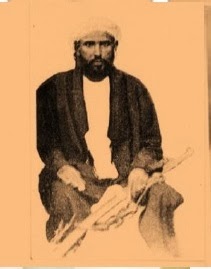 Get to know the Muslim Jesus as narrated in the Quran. Enjoy!


Jumaa Mubarak Everyone!
Posted by Binti Wa Kiislamu at 12:00 PM No comments:

Quote of the day (by Imam Shafi'i ) - Knowledge

Today, 117 years have passed and we still remember this great man. 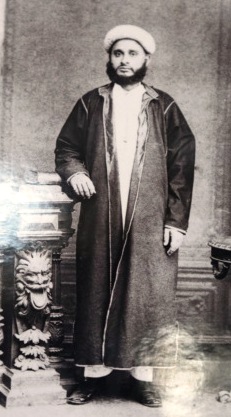 Sewa Haji, born in 1851 in Zanzibar, Tanzania. He was a wealthy business man, who had business caravans in Bagamoyo and Zanzibar, but was also known to be God fearing and  a philanthropist.

He donated a three storey building in Bagamoyo in 1892 to be used as a school. The school was the first mixed race school in Tanganyika during the German colonial era. Later on, he developed a hospital, donated many wells and land in Bagamoyo during the cholera outbreak, and a home for the lepers. He built the biggest hospital in Dar-Es-Salaam that was named Sewa Haji Hospital, later on during the british rule, the name was changed to Princess Margaret Hospital, now Muhimbili Hospital. He donated property and land to the poor, without regards to race or religion. He passed away in February 1897 in Zanzibar at the age of 46.

In Tanzania he is greatly remembered, in the new rebuilt Muhimbili Hospital, a ward is named in his honor. His school (now Mwambao Primary School) and hospital(now Bagamoyo District Hospital) still stand in Bagamoyo. The land he donated in Mombasa,Kenya is still being used as a cemetary.

May Allah grant him a high place in Jannah. He was a muslim not only by name, but also by his actions, for he understood the true meaning of serving mankind.

Who said your bridesmaids can't be covered and still look elegant?
A quick glance and you would think this is a royal wedding. 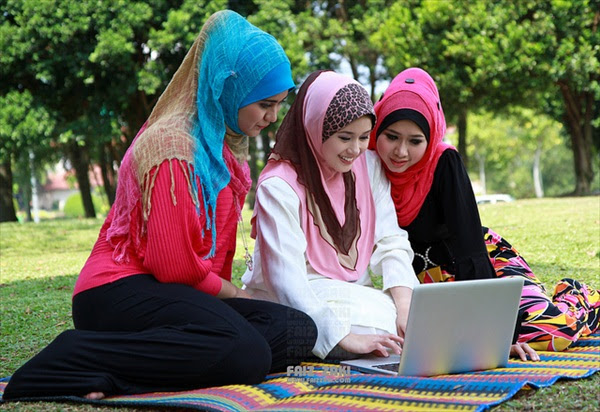 Learn to work with it 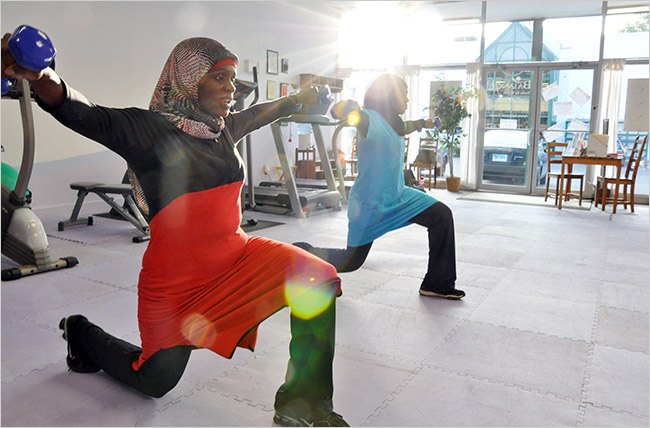 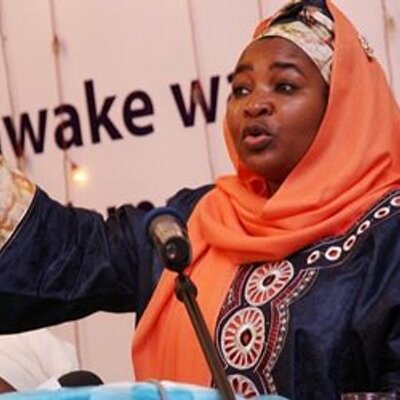 Own it!
(Mama Salma Kikwete - First Lady of Tanzania)
Lets dig out those hijabs ladies.

Posted by Binti Wa Kiislamu at 9:19 AM No comments: