A recent EarthQuake in Pakistan caused a new island to emerge off the coast of the town of Gwadar.
Its oval in Shape, about 250-300ft in lenght and 60-70ft above water. 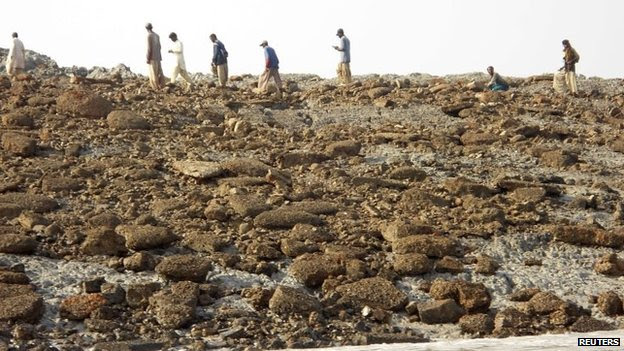 It is mostly muddy, with some parts having fine to coarse grained sand and other parts being solid rock. It emits gas, and Geologists say, its not expected to stay over water for long, it will probably sink back in over time, and its a continual process of the continental drift.
According to Rashid Tabrez, who is the director general of the Karachi based National Institute of Oceanography, its caused by the energy released by seismic movements which pushes the sea floor to the surface. Apparently, this is the fourth Island in the region since 1945. Well, folks of Gwadar are very lucky to witness these events in their lifetime.