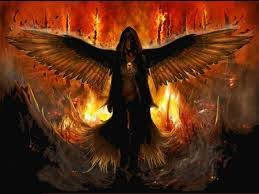 And We have not made the keepers of the Fire except angels. And We have not made their number except as a trial for those who disbelieve - that those who were given the Scripture will be convinced and those who have believed will increase in faith and those who were given the Scripture and the believers will not doubt and that those in whose hearts is hypocrisy and the disbelievers will say, "What does Allah intend by this as an example?" Thus does Allah leave astray whom He wills and guides whom He wills. And none knows the soldiers of your Lord except Him. And mention of the Fire is not but a reminder to humanity.(Qur'an 74:31)

Jumaa Mubarak!
Posted by Binti Wa Kiislamu at 8:47 AM